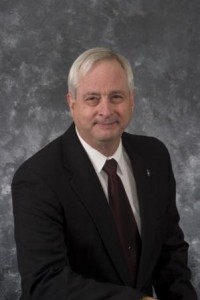 Tri-Valley Opportunity Council, Inc. in Crookston will hold an open house and social hour honoring former Tri-Valley Chief Executive Officer (CEO) Dennis P. DeMers on his upcoming retirement on Thursday, September 25. The open house, celebrating over four decades of service, will be held at the Tri-Valley Transportation Office located at 1345 Fairfax Avenue in Crookston from 2-4 p.m. The social will be held at the Crookston American Legion at 102 South Ash Street from 5-7 p.m.

DeMers was hired as the Tri-Valley Head Start Director in 1972. During his tenure as Head Start Director, he expanded the program to include Migrant and Seasonal farm workers on a statewide basis in both Minnesota and North Dakota. Under his leadership in 1973, Tri-Valley became the sole provider of Migrant Child Care and Head Start in Minnesota. In 1993, DeMers was hired as the CEO of Tri-Valley. He is well known at the state and national levels for his outstanding contributions to various committees, associations, and his overall work in Community Action. In 2011, he received the Administrator of the Year Award from the Minnesota Head Start Association. DeMers received the Head Start Pioneers Award at the 40th Annual Head Start Conference in 2013, and the Plate of Bounty Award from the National Migrant and Seasonal Head Start Association in 2014.